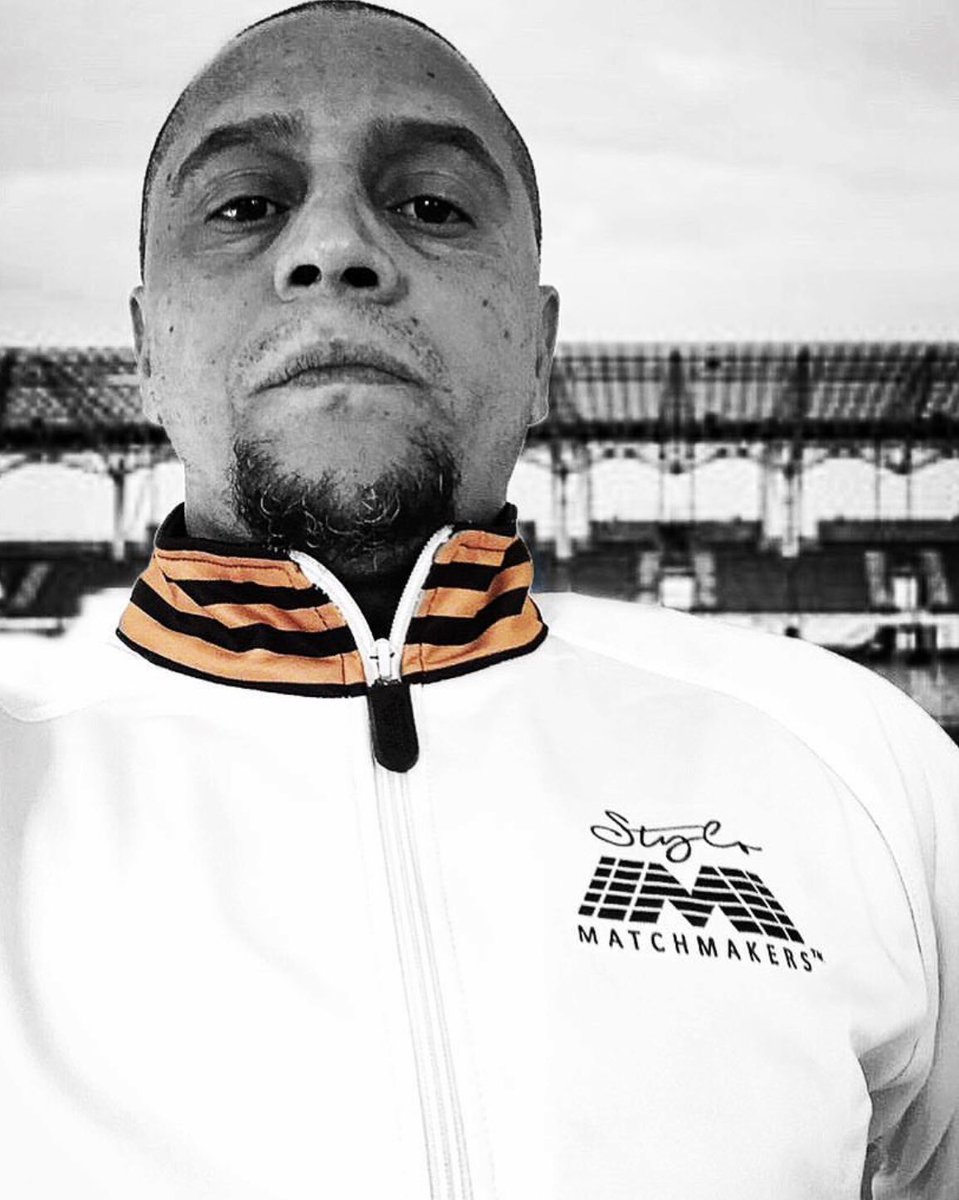 The Heirship Seventy Four tracksuit has a retro classic design which consists of a zipped white upper which has black and gold hoops around the neck and arms, with matching bottoms although in black. The tracksuit goes hand in hand with the Stylo Matchmakers Heirship Seventy Four football boots. Again a classic retro vibe, since this football boot model is a remastered and modernised version of the original Stylo Matchmakers boot made popular in the 1970’s. This design was the most popular Stylo Matchmakers boots and went on to have countless editions manufactured.

“Roberto Carlos was one of my all time favourite players and I am pleased to hear that he likes what we do at Stylo Matchmakers. Carlos is one of the games legends and he has been described as the most offensive-minded left-back in the history of the game and is also widely considered one of the best left-backs in football history. it’s really great to get some love from him”