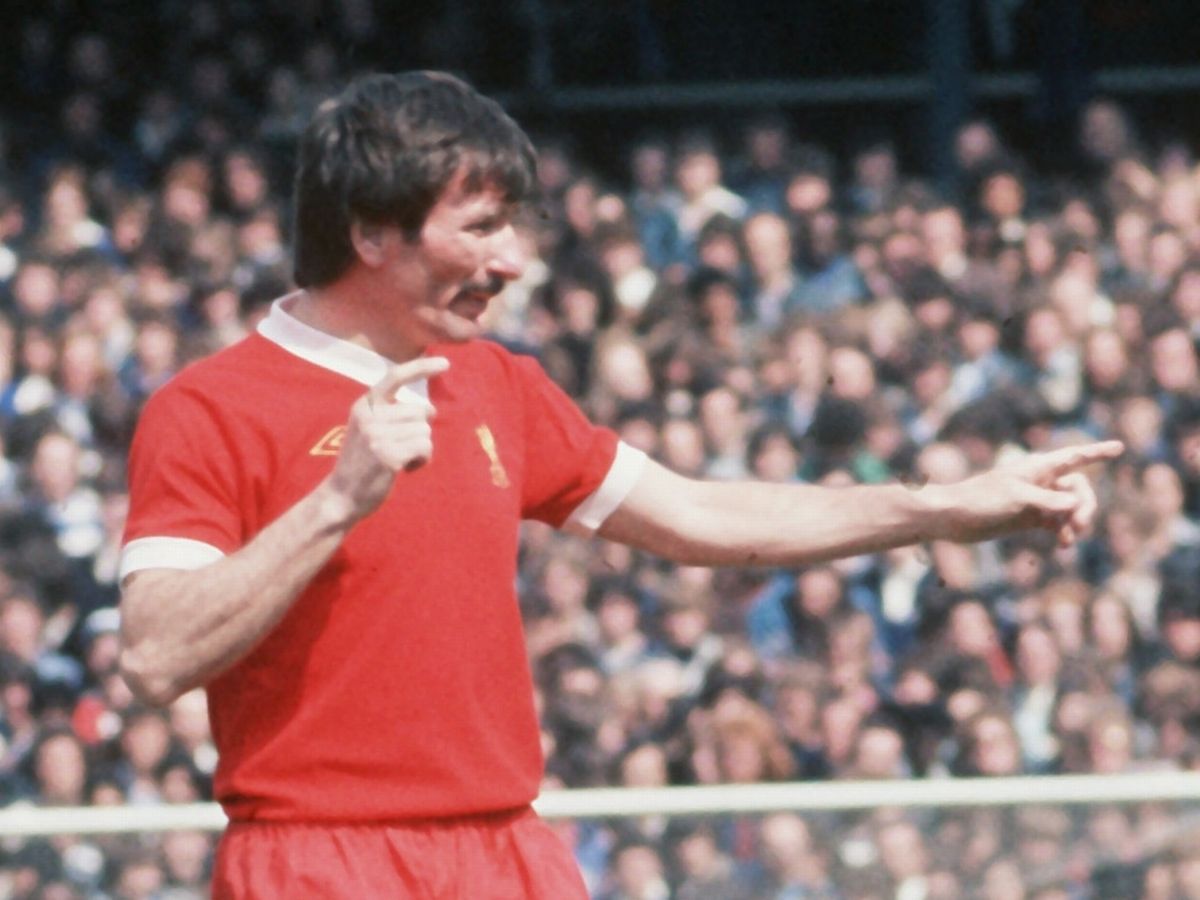 Tommy Smith is the original Liverpool hard man who donned Stylo Matchmakers boots during his huge success with Liverpool.  The Anfield Iron’s reputation goes before him and anyone unfortunate enough to have been on the receiving end of one of his bone-crunching tackles will no doubt agree.  But, contrary to the belief of his critics, Smith was not your archetypal clogger. Unlike many of his fellow hard men, he could also play a bit. Over 600 first-team appearances for the Reds and a glittering array of winner’s medals are ample proof of that.

As a defender who possessed determination, power and raw aggression in equal abundance, he was a key figure as Liverpool battled for supremacy on all fronts during the Sixties and Seventies.  It may also come as a surprise that Smith was sent off just once in his top-flight career, and even then it was his mouth rather than his studs that was to blame after he swore at referee Clive Thomas in a league game at Manchester City.  Brought up in the shadow of Anfield, it was no surprise that young Tommy supported the Reds. He joined the Liverpool ground staff in 1960 and within a couple of months he was playing in the reserve team. He was just 15 at the time, though as Bill Shankly once quipped, Tommy was never a boy – he was born a man. 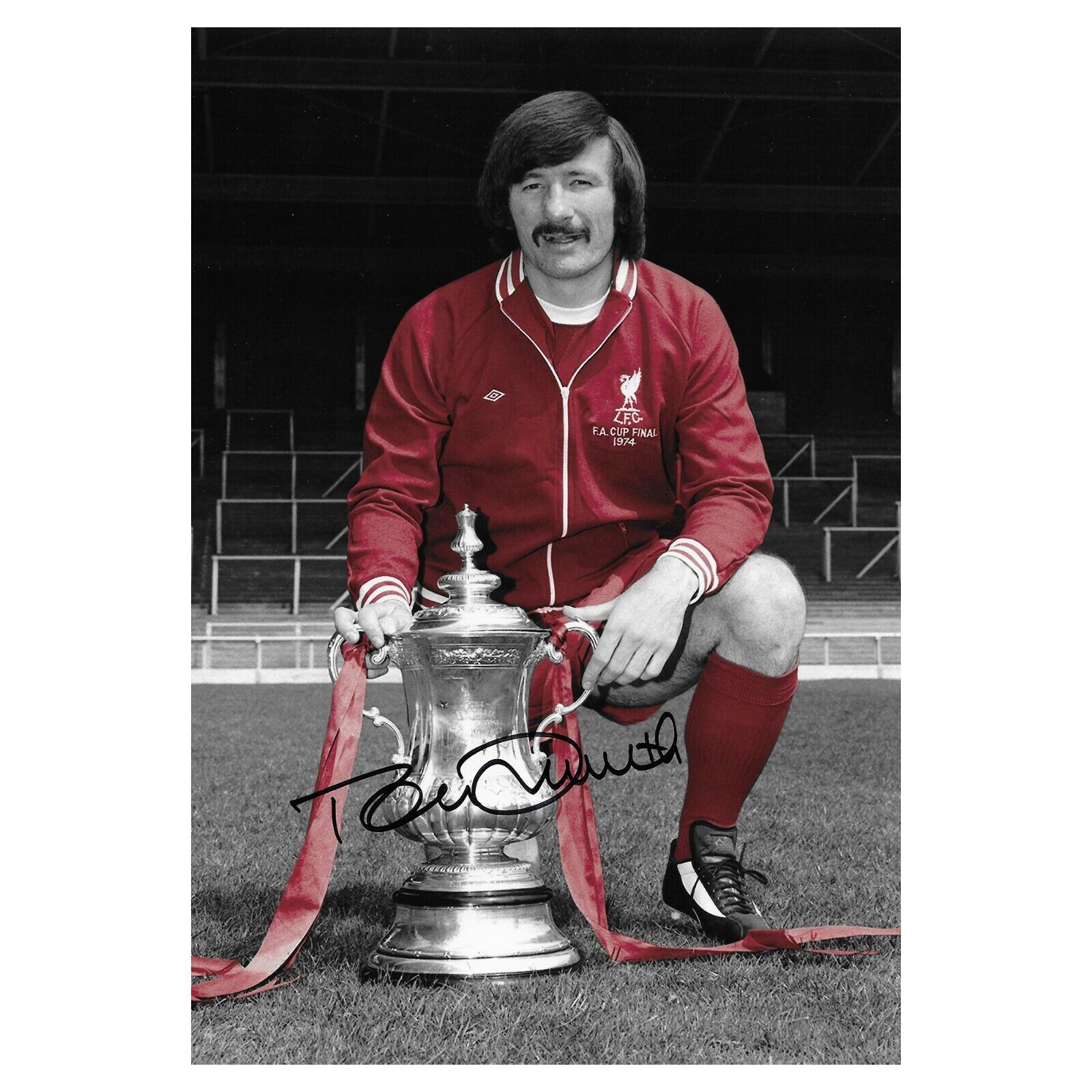 Smith’s progress in the Central League was rewarded with a first-team debut at home to Birmingham at the tail end of the 1962-63 campaign.  His growing reputation within the game was such that he even found himself the subject of a cheeky transfer enquiry from Manchester United boss Matt Busby – one that was swiftly rebuffed by an affronted Shanks.  In 1965, Smith won his first major honour in the game as Liverpool lifted the FA Cup for the first time. The title arrived a year later and, as the Seventies dawned, the rock hard centre-back was appointed club captain.  In 1972-73, he proudly became the first Liverpool skipper to lift a European trophy – but a hammerblow as fierce as any of his tackles was waiting round the corner.

Just months after holding aloft the UEFA Cup, Smith was stripped of his armband and dropped from the team. To make matters worse, the captaincy was passed to his arch enemy Emlyn Hughes.  Smith’s dislike of Hughes was no secret and, during what was one of the most difficult and frustrating periods of his Anfield career, he seriously contemplated a move to Stoke.

Fortunately, he eventually came to his senses, knuckled down and regained his place in the team. By now the tag ‘veteran’ was firmly attached to his name, and the announcement that he’d called it a day at the end of 1976-77 surprised few. However, Smith’s career was set for one last glorious twist during the momentous campaign that was to come. An injury to Phil Thompson saw him thrust back into the first team spotlight and on the unforgettable evening of May 25, 1977 came the Scouser’s crowning moment. It was he who scored the second goal in the 3-1 European Cup final triumph over Borussia Monchengladbach as Ol’ Big Ears made its way to Anfield for the first time.

Smith actually played on for another season before finally severing his 18-year association with the club to join Los Angeles Aztecs as player-coach immediately after Liverpool’s European Cup triumph then he ended his career with John Toshack’s Swansea . A brief return spell as youth coach preceded a career as an after-dinner speaker and columnist but he continues to follow the fortunes of his beloved Reds with the same passion and intensity he always displayed on the pitch.

When they made Tommy Smith they threw away the mould – there’ll only ever be one Anfield Iron.