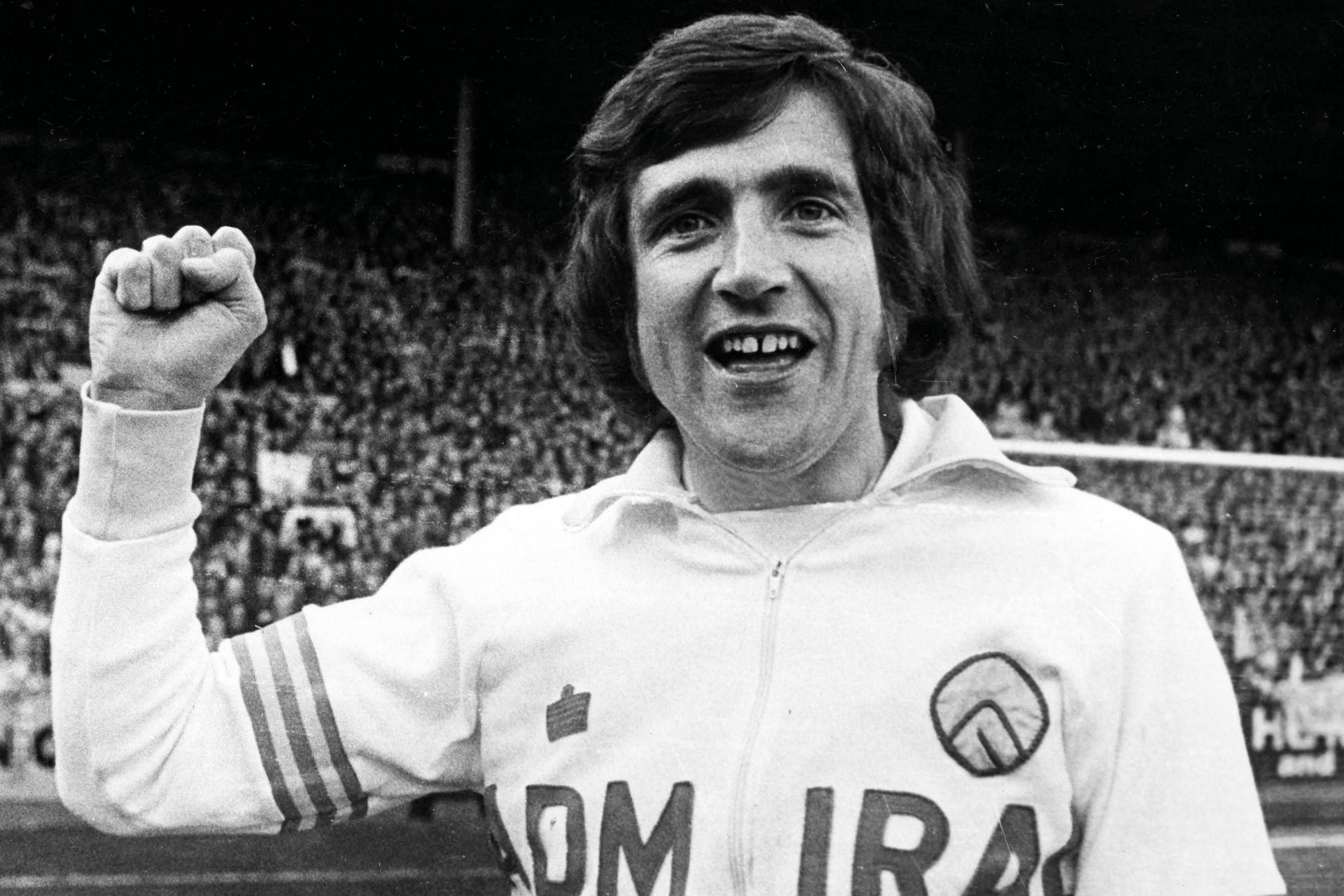 After Stylo Matchmakers reached fame and fortune with the likes of Pele and George Best wearing their boots, England World Cup winner Norman Hunter signed to Stylo Matchmakers along with a number of Leeds United title winning players.

Hunter was part of the 1966 FIFA World Cup winning squad, receiving a winner’s medal in 2007. He has since been included in the Football League 100 Legends. Known for his tackling, he was nicknamed “Bites Yer Legs” Hunter. The nickname originated from a banner held up by Leeds United fans at the 1972 FA Cup final against Arsenal; the banner simply read “Norman bites yer legs”. Brian Clough effectively popularised the nickname by referring to it during the pre-match discussion in the TV studio.

Norman Hunter joined Leeds at the age of 15, giving up a job as an electrical fitter in the process. He made his first-team debut in 1962, forming a partnership at the back with Jack Charlton which lasted for a decade.  Leeds were promoted as Second Division champions in 1964 and a year later came close to the “double” of the League championship and FA Cup; however, they lost the title to Manchester United on goal average and were beaten 2–1 by Liverpool in the FA Cup final.  Hunter picked up winner’s medals as Leeds won the League Cup, the Fairs Cup in 1968 and 1971, and the League Championship in 1969 and 1974. 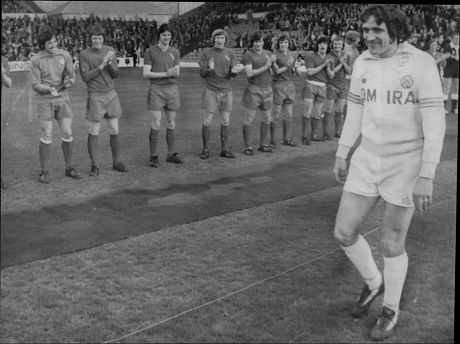 In 1972, Leeds won the FA Cup via a goal from Allan Clarke. Hunter’s joy at the goal was captured in a photograph; his defensive position meant that he was at the opposite end of the pitch to Clarke, and a photographer behind the Leeds goal captured the moment as Hunter leaped high in the air in celebration with arms and legs spread, as if in the midst of a star-jump. At the end of the game, Hunter climbed the steps to the Royal box twice; once to collect his own medal, and then again to help Mick Jones negotiate his way up and down, as Jones had been receiving treatment for a dislocated elbow while his teammates had been getting their prizes.

1973 saw defeats in two finals, as Leeds lost in the FA Cup Final to Sunderland, and then a few days later to A.C. Milan in the European Cup Winners’ Cup. This match is one of a series of matches involving Italian clubs that are regarded as being “fixed”, by Dezso Solti. Hunter was sent-off in this match for retaliation.  In 1974, Hunter was the first winner of the PFA Players’ Player of the Year award, receiving it at the end of the 1973–74 season.

Hunter had a new defensive partner for the next season with Leeds, playing alongside Gordon McQueen. Leeds started the season with a 29-match unbeaten run, which led them to the title. He was a member of the Leeds side that reached the 1975 European Cup Final, which Leeds lost 2–0.

After 540 Football League appearances for Leeds, Hunter signed for Bristol City on 28 October 1976 for £40,000, and remained there for three years, making 108 appearances and scoring four goals. His final game for Bristol City was against Leeds United. In June 1979 Hunter joined Barnsley as a player and made 31 appearances before finally retiring from playing in January 1983.

Norman Hunter was appointed Barnsley manager on 16 September 1980 after Clarke left to take over as manager at Leeds United. That season, Hunter took Barnsley to second in the Third Division in the 1980–81 season. Barnsley finished sixth the following season and if not for a poor run in February could have been promoted. At the end of that season although the side began to break up and whilst they got to the fifth round of the FA Cup the following season they could only finish 11th. In 1983–1984 the team struggled after a fairly good start, and with the team fifth from bottom, Hunter was sacked on 8 February 1984. A week after that he became a first-team coach at West Bromwich Albion until June 1985.

In June 1985 Norman Hunter moved to Rotherham United, but he could not replicate the success that he achieved at Barnsley in the early years, and was sacked on 9 December 1987. In 1989, he became a coach at Bradford City but was sacked in February 1990.

Norman Hunter made his debut for the England team in 1965, but the existing partnership between Jack Charlton and Bobby Moore meant that he spent much of his international career as an understudy, winning 28 caps in total. He was in the squad which won the 1966 World Cup but never kicked a ball.