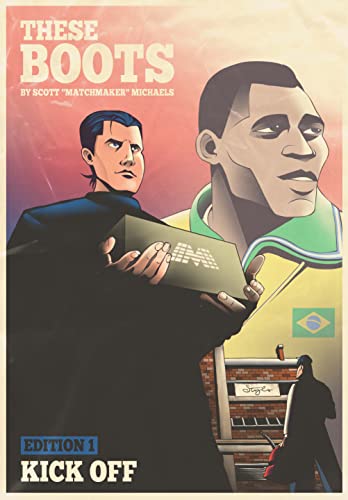 These Boots is set in England 1966 and takes place within the world of fictional suburb of Leeds, Yorkshire.

The comic book NFT series is centered around a young man called Arty Zee who is a holocaust survivor that inherits a shoe factory from his late father Ismail Zee.

He passionately wants to follow his dream of making football boots and being one of the first shoe manufacturers to commercialise them with the stars of the World Cup Finals that is hosted in England. He then faces crippling challenges with organised crime as well as unscrupulous competitors after his fathers suspicious passing.  Things are not what them seem and he faces real battles but he finds new friends in unexpected places.  Can Arty stay on a righteous path or will he be pushed off course by the pressure to survive

Check out the Series on Open Sea: