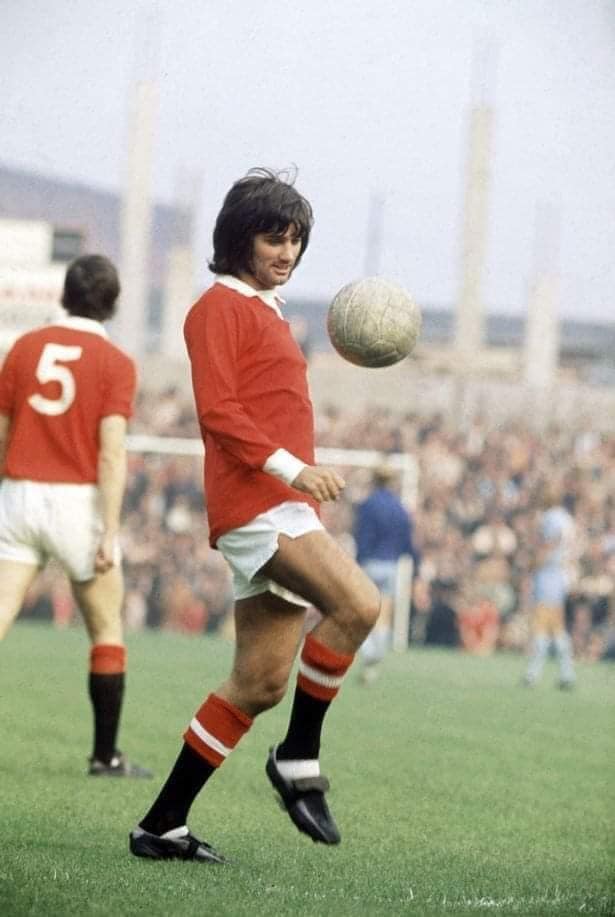 An alternative designer footwear brand for Manchester football fans who seek the perfect blend of fashion and football.

Donned by some of the greatest footballers, today our heritage sports-themed brand has a fan first mentality.

Football at the highest level has become a highly profitable business, with the biggest clubs in the world benefitting from a plethora of lucrative partnerships.

While clubs and greedy owners today have welcomed this injection of finance, we say it’s disgraceful to see it come at such a cost to the supporters.

We love to boast about our product quality, fashionable designs and bless each and every one of our products with our mighty brand history.

We refuse to support any football clubs financially, nor do we recruit corporate media partners in order to brainwash the public.

Instead we supply our unique sports fashion products directly to supporters, most of who yearn for change, by representing themselves in Stylo Matchmakers fashion.

We are a brand which is simply against football in it’s most modern form.

Despite a rich history with some of the biggest clubs in professional football, today we stick to our Against Modern Football campaign which means our focus is supporting football fans with a non-mainstream premium brand.

Manchester is already a hot spot for Against Modern Football fans.

The new takeover was “the catalyst and final straw” for the disgusted Man Utd supporters, who were frustrated by off-field events which were affecting their beloved club.

“FC United seeks to change the way that football is owned and run, putting supporters at the heart of everything. It aims to show, by example, how this can work in practice by creating a sustainable, successful, fan-owned, democratic football club that creates real and lasting benefits to its members and local communities.”

The angry fans who didn’t move their support away from Manchester United FC continue to protest against the owners.

17 years later and a rising proportion of Manchester United fans who first tolerated their new owners are still protesting against the direction of the club.

Your club won’t tell you about Stylo Matchmakers products and neither will the media, which is why we rely on the word of mouth of our righteous customers.

Our story has been told through the generations of football families, since we first launched back in 1966 and first came to Manchester. Ask your dad.

It was the year England celebrated winning the World Cup and we had just signed up Manchester United FC’s greatest-ever star striker, George Best to wear our fashionable football boots. 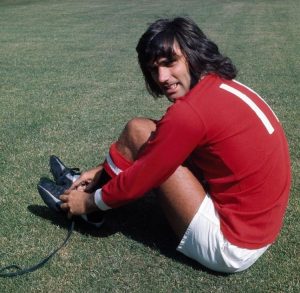 He was part of an unstoppable Manchester United team during the 70’s. 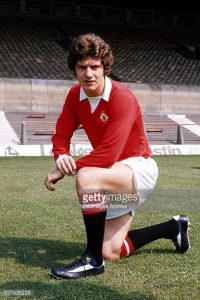 As we progressed through the 1970’s, Manchester football legend (both Blue and Red) Brian Kidd laced up in our Stylo Matchmakers 70’s football boots. 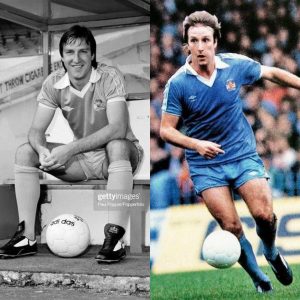 On the other side of town, wearing blue, the first £1m footballer, Manchester City’s Steve Daley also sported his Stylo Matchmakers football boots.

To this day, many still believe the first million pound player to be fellow Stylo Matchmakers legend Trevor Francis, of Birmingham FC.

Daley’s contract showed exactly 1 million plus some additional fees, whereas Francis’ deal cooked up by another Stylo Matchmakers legend, Brian Clough, showed just less than 1 million, plus fees which drove the final price over 1 million, creating some confusion about who was actually the first million pound player.

With us manufacturing our products in Yorkshire, the M62 kept Stylo Matchmakers merchandise populating the Manchester area throughout the seventies.

Alongside, Leeds, Glasgow and Liverpool, Manchester was one of the first major cities in the north to become a hot spot for Stylo Matchmakers products.

2017 The Return To Manchester 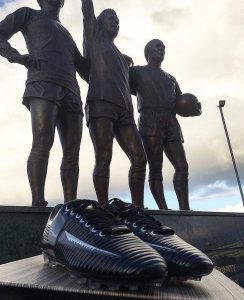 After years out of the game, in 2017 we returned to an internationally driven sportswear market.

With the professional market flooded with German and American brands, we are so proud to be back supporting the local sports community with our British roots and heritage, reconnecting to a nostalgic football audience.

When we re-booted in 2017, we returned with a bang to the great city of Manchester to launch our new Heirship Seventeen football boot collection.

The Heirship Seventeen was designed to be one of today’s most contemporary styled boots which breathes heritage in its finer detail, for players who dare to be different. 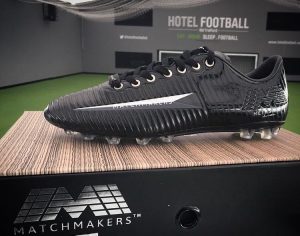 We hosted our boot launch event at Manchester’s Hotel Football, which overlooks the Old Trafford Stadium and is owned by the Manchester United Class of 92.

From this day forward the brand would no longer monetize sports consumers by bribing influencers by way of sponsorship deals and the way we operate as an independent fashion brand was going to become one of our main unique selling points.

In an aggressive sportswear market which big brands compete by bribing influencers with the biggest pay cheque, corporate sports brands continue to buy up bragging rights, in order to create demand for their merchandise.

We on the other hand, refuse to compete. We’re not interested in those sports consumers who want to pay over the odds and support immoral corporate practices. For more on this, feel free to read our home page introduction.

The competition will continue to spoon feed supporters who have a herd-like mentality, whilst we continue to appeal to maverick football fans who are proud to have control over their style.

In Manchester, we live in a democracy.

We have a right to do what we want, within the boundary’s of the law of course.

We don’t let any clubs tell us what to do, or what to wear.

We already know that mindless modern day sports fans just want the branded products of which they’re hard-sold by their influencers (club sponsor marketing efforts and what the pro’s are paid to wear) but not all football fans have that copy-cat mindset.

Stylo Matchmakers appeal to wiser, educated fans who are smart enough to see right through how brands bribing players works against them.

Supporters can see this is just just another way of brands and clubs over-charging and profiting from fans.

We’ve grown the Stylo Matchmakers brand based on direct and transparent values and as an independent label, worn by some of the best ever players, we don’t need any verification from clubs or todays first team players.

It’s only a sports professional’s agenda to capitalise on fans, by making them pay for what we would call nonessential marketing.

What Happened When We Sponsored Players

We were the first sports brand to roll out sponsorship packages for footballers and this lead to sponsoring full football squads – some of the most iconic teams in their club history.

These are some of the greatest footballer’s of all time.

Famous managers of the past including England manager Don Revie, the legendary Brian Clough and all time greats Bill Shankly/Bob Paisley were just a few to mention who brought in Stylo Matchmakers.

Whilst the creation of sponsorship deals for clubs and players added a lot of value to the Stylo Matchmakers brand story, today more than 50 years later, we believe this practice is outdated, immoral and is not in the best interest of Stylo Matchmakers consumers.

Times have changed. So has the beautiful game. Financially motivated owners also play a part.

Football fans in Manchester support their clubs through thick and thin, but at the same time often disagree with a lot of decisions made by club owners (usually acting in their own financial interests and not what’s best for the club)

Our voice calls for more clubs to follow supporter-ownership models.

We are appalled to see greedy owners have such an inability to be able to acknowledge the value of local fans.

Some of the big club owners are more obsessed with globalization before they’ve even got it right in their own back yard.

It’s the fans and the local community which makes a football club so successful, not how much representation it has around the world.

In our eyes, club owners should always give fans the benefit of any doubt and respect all messages and signs of protest.

We’ve built Stylo Matchmakers foundations starting with what’s in the best interests of the fans. This should be at the heart of every football club.

Manchester Getting It Wrong

In the worst cases, some huge clubs around Manchester have already suffered as of “Modern Football” to the extent of where they have to close the gates for the last time, even after 125 years of existence.

As an independent, relevant and topical fashion line, it’s not our job to build all the burning bridges between every football club and their supporters.

Instead, it’s our objective to focus on the fans needs when it comes to alternative supporter sportswear, style and fashion.

Our Against Modern football campaign leads us to despise the concept of a Super League.

Football today has already lost all of its purity without bringing a Super League into play.

Manchester clubs have faced a backlash from fans already regarding the Super League and rightly so, we couldn’t agree more that this isn’t in the best interest of the supporters.

Therefore we also support the “Reclaim Our Game” campaign created by the Mayor of Manchester, aimed at preventing owners in the future, forming a breakaway league. 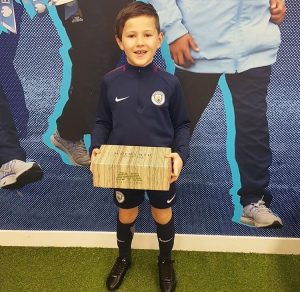 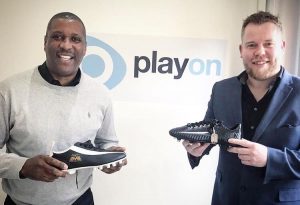 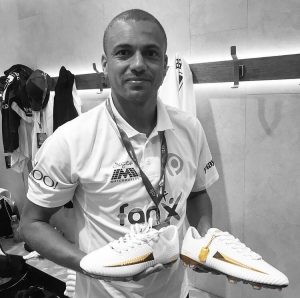 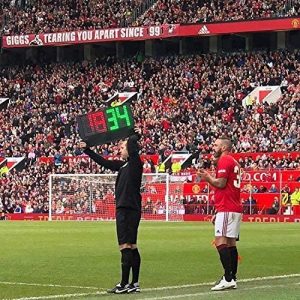 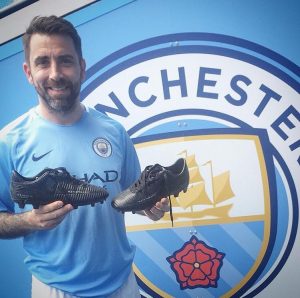 Represent Your Beliefs In Stylo Matchmakers

Supporters who want change in their club have to take action in order to expect any changes to be made.

The fans who continue to play into the hands of the owners and any corporate club partners, yet who also have a passion to protest, are hypocrites and are slowing the process of “changing the future” down.